Year 4 became intrepid archaeologists today! We first looked at a photograph of Howard Carter in 1922 studying Tutankhamun’s golden sarcophagus. Everyone used their retrieval skills and discussed what we could see in the photograph. We then had to think about what all of these items might be. Did you know that due to the resin around the mummy, Howard Carter had to leave Tutankhamun in the hot sun in the hope that the resin would melt? It didn’t work, so Tutankhamun’s mummy was damaged as it had to be cut out of the sarcophagus! 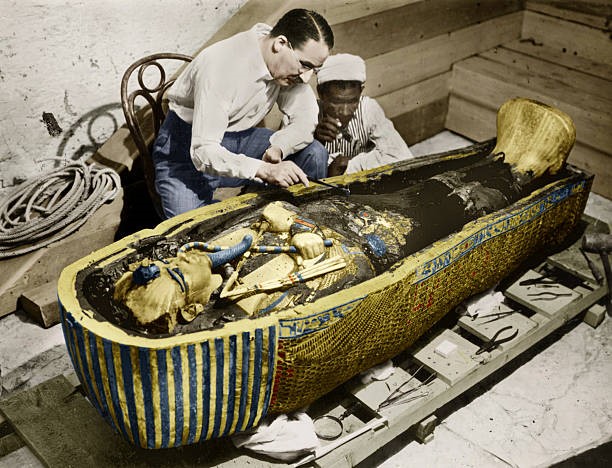 As a class, we mind mapped all of the questions that we still had about the discovery. We had lots! We then thought about how the team felt when they discovered the tomb particularly when they first broke into the burial chamber. 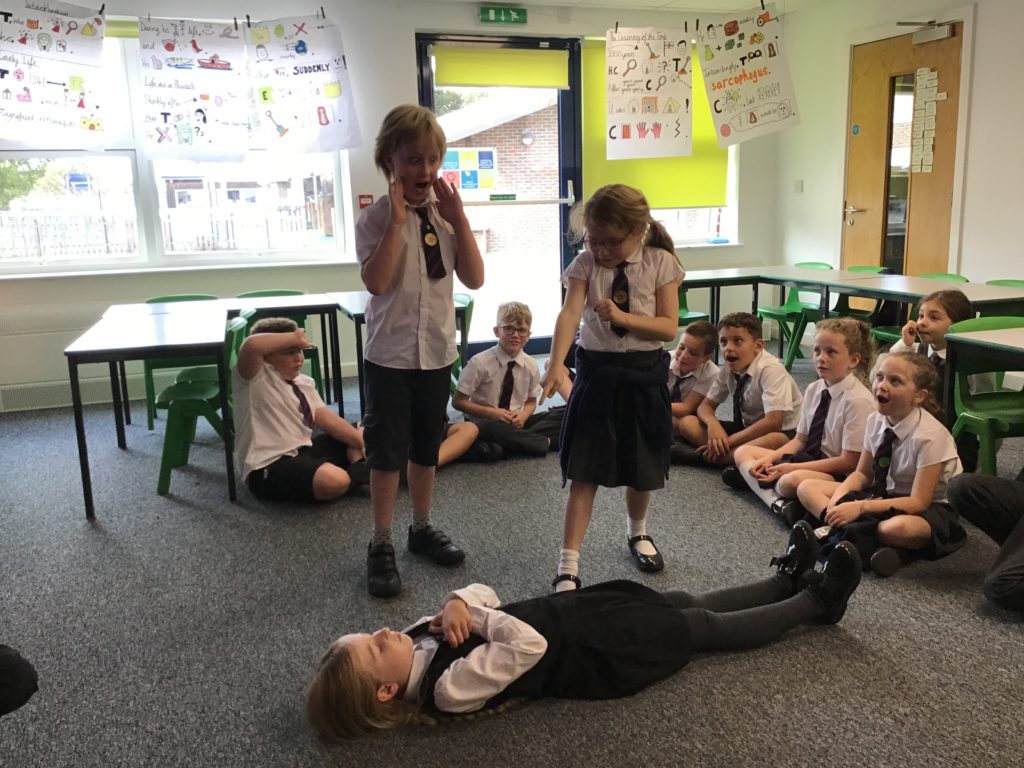 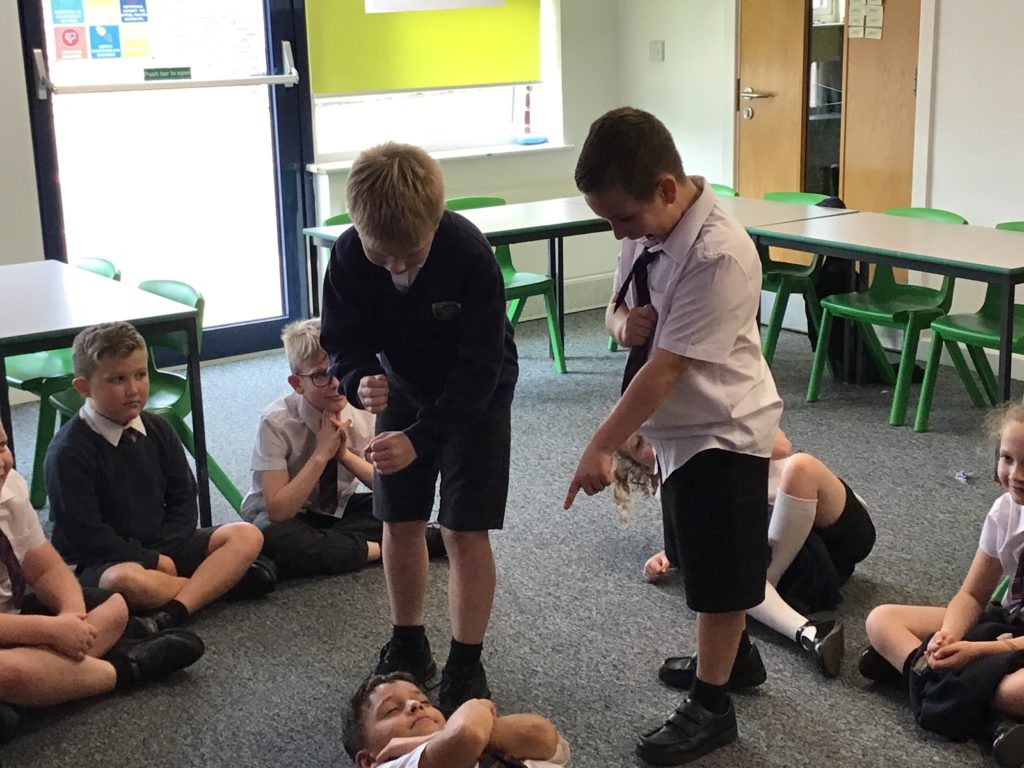 We worked in drama teams to recreate that very moment and then used a freeze frame to try to capture the emotion that Carter and the other workers may have felt. All of Year 4 really enjoyed this. To finish, we created a bank of emotion words to mirror what we were acting in the freeze frames. Our history project has been so much fun and we are not finished yet! Year 4 challenge you to test us on our knowledge of Tutankhamun! You won’t be disappointed.