Evil Pea has done it again!

The week began with the Veggies being trapped by Evil Pea! 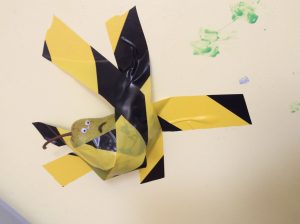 The children were asked to write a Wanted Poster to find The Evil Pea. 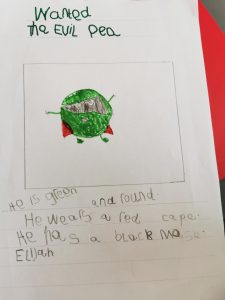 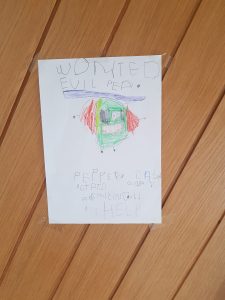 The children wrote some great descriptions of Evil Pea, they described what he had done and even added some rewards. 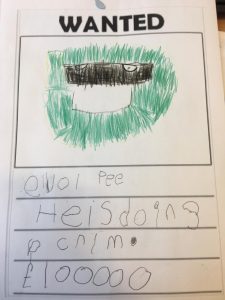 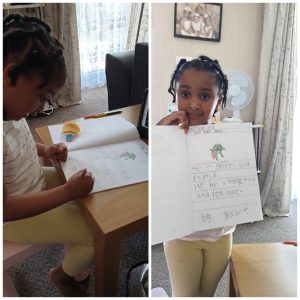 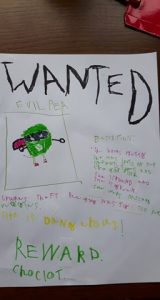 Both children at home and in school took on the challenge with enthusiasm and we got some fabulous posters.

The children then had a go at making their own Super Veggies. 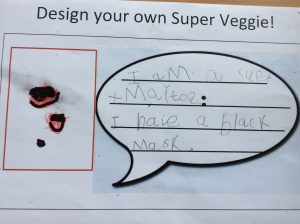 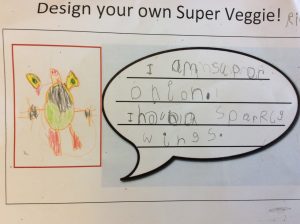 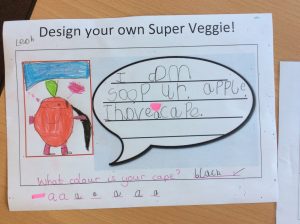 Some fantastic ideas with some super writing.

Evil Pea strikes again and trapped the veggies in ice!

The children had to think about what the best ways would be to melt the ice, and quickly. 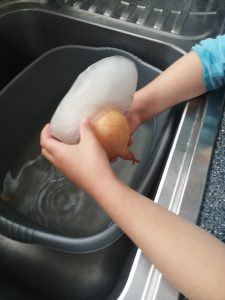 The ideas included using warm water to melt the ice and time how long it took.

Other ideas including using tools to chip away at the ice for speed. 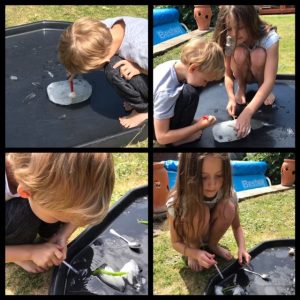 and some challenged themselves at home and wrote up what they did too! 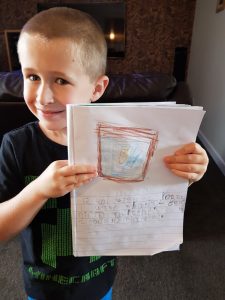 The final challenge of the week was to build a trap to catch Evil Pea. 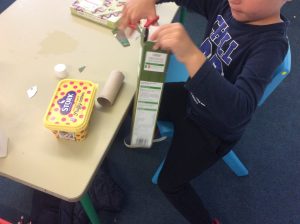 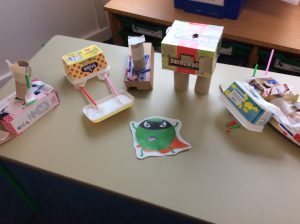 Did he get caught?  You will have to wait for next week to find out….