Year 6 back on the Maths!

Since returning to school this term, year 6  have worked extremely hard in their Maths lessons.  So far, we have revisited place value (reading and writing numbers; identifying the value of each digit and ordering and comparing numbers).  Next, we moved onto adding numbers mentally. We recapped all the mental methods we should know and be able to use. These included : 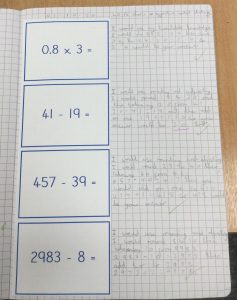 At the end of this week,  the children were given various calculations to solve using the most efficient mental method.  They had to explain, step by step, how they use their chosen method to solve each calculation.

Then last week in Maths, the children moved on to learning  the written column method when adding numbers.  First of all, we used the place value grid  and counters to model how to use this method.  Then we demonstrated how to carry when needed. Together, we solved a few calculations and alongside,  we modelled how to use the column method.  Independently,  the children then solved addition calculations themselves using the grid and counters. Using these practical resources really helped their understanding of this method. 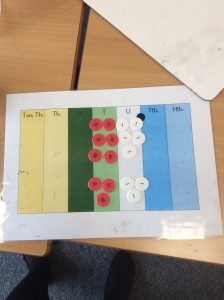 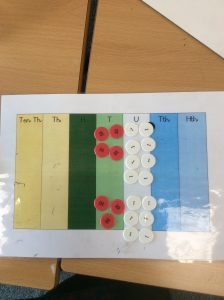 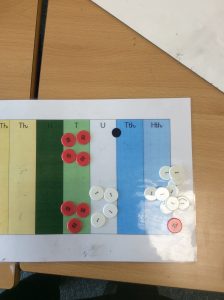 After children felt confident, they then were about to use the written column method and practise how to set calculations out – lining up the digits and decimals correctly.  They were given calculations that involved larger numbers ( up to 1,000,000 !) and decimal numbers. 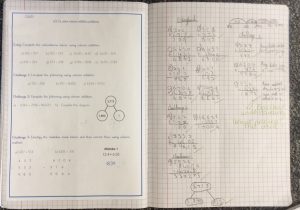 Once the children were able to use this method confidentially,  they were given calculations which had been solved incorrectly  and asked to identify the mistake. The children really enjoyed being the teacher and correcting each problem.

Finally, they were given worded problems to solve. The children had to decide whether to use a mental or written method, depending on which method was more efficient for the calculation  they were solving. 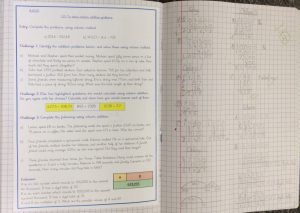 Well done year 6 , it has been great seeing your positive mindsets in our lessons – keep it up!