With October being Black History Month we decided to celebrate it at Kingsleigh. Each class chose their own black hero and also looked at how black history has influenced the world we live in today. We looked at people from Usain Bolt to Barak Obama to find out about their stories and messages. Lots of amazing discussions took place and we are really proud of the big hearts that our children here at Kingsleigh have.

Pre School have looked at the work of Alma Woodsey Thomas who was an African-American Expressionist painter. Using inspiration from her abstract paintings, they created their own colourful pictures for a fantastic display of collages. 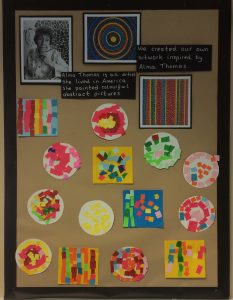 Reception chose Martin Luther King as their black hero. They used circle time as an opportunity to discuss the ideas of being similar and different to each other and whether we should think less of someone because they are different to us.

Year 1 looked at Usain Bolt and what he has achieved as one of the greatest runners the world has ever known. They took part in their own running races outside to see if they could beat his times. This led into looking and discussing  how we are all different and similar to our friends and family but how this is okay.

In Year 2, they looked at the life of Wangari Maathai, who is a Kenyan Nobel prize winner for her work on environmentalism. She has been successful in stopping urban development on green land in Nairobi. Year 2 looked at her life and produced some colourful artwork based on the concept that she was a keen farmer. 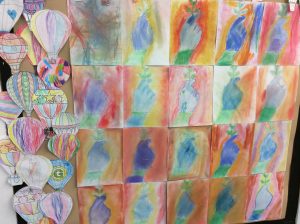 Year 3 chose the late Chadwick Boseman as their black hero for all of the wonderful things he did in his life. He has come to light as quite a prominent figure in equal rights for women and also supporting children who are sick in hospitals across America. Black Panther, in which he took the lead role, has been hailed as a milestone in Black History as it featured the first black superhero.  Year 3 considered his attributes such as kindness, leadership, and thoughtfulness that made him an inspiration to others. The children were in awe of what he achieved in his life and the lessons that they could learn. The children learnt that they should not give into stereotypes, to treat everyone equally and to live with a smile on your face. 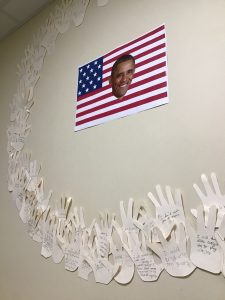 Barack Obama was the chosen hero for Year 4. They looked at why he was such an important figure in Black History as the first black president and what his key messages and belief’s were. They also looked into the question ‘does the colour of our skin change our voice?’. As a year group they created messages about how they were going to make the world a more inclusive place and added them to their handprints. In Music they also looked at songs by Aretha Franklin and Bill Withers and the messages that were told within the lyrics.

Year 5 looked at the remarkable life of Mary Seacole through fact files and comic strips in English. Seacole was a British-Jamaican nurse who established the ‘British Hotel’ behind the lines of the Crimean War. In Art they were influenced by the painter Tam Joseph and recreated some of his paintings to create a brilliant display. 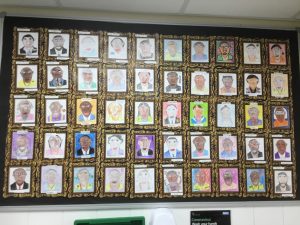 Year 6 looked at two black heroes, Viv Anderson and Benjamin Zephaniah. Anderson was the first black football player and went on to play for numerous clubs throughout England. Year 6 retold his story by writing a diary as if they were him. They used Benjamin Zephaniah as their inspiration to create some wonderful Art and poetry. 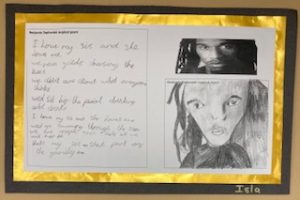