Over the last few weeks, Year 6 have been busy remembering and learning some new strategies to use when solving problems involving addition, subtraction, multiplication and division. The children started by revisiting their learning on column addition using our place value grids. They extended their learning to using column addition to solve problems involving decimals and applied it to some tricky word problems. 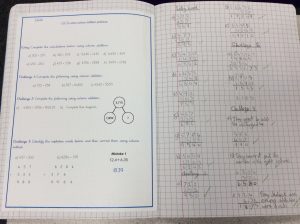 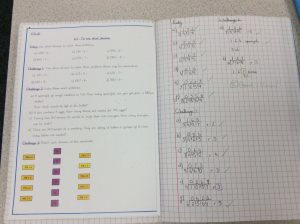 The teachers then decided that the Year 6 children were ready for long multiplication. They started the week by travelling back in time to their days in Year 4 and using the grid method to multiply. They were then introduced to long multiplication and they could quickly see the link between the two, and that long multiplication was much quicker! By the end of the week, they were multiplying decimals, solving missing number problems and some tricky word problems. 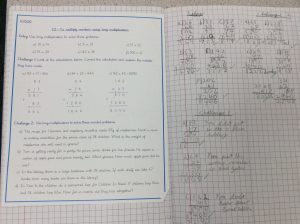 The Year 6’s were ready for their next challenge – division. They started by remembering way back to last year where they learnt to use short division. They quickly picked it up and were confident in solving problems. But then…. 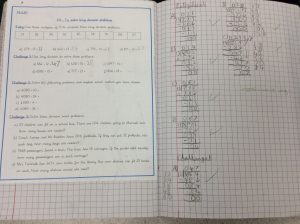 Then came one of the hardest bits of Maths that the Year 6 children will do this year… long division. But panic not, the children took it all in their stride and with the help of a little ditty they were able to remember and apply all the steps for long division. By the end of it all, they were confident in using long division and even solved problems involving remainders. Well done Year 6, your teachers are super proud!