To launch our new ‘Harry Potter’ topic, the Year 6 children took part in a potions day. Throughout the day, the children explored the states of matter and investigated what happened when you mixed them together. To start the day, the children looked at the properties of solids, liquids and gases. They amazed their teachers with their use of scientific knowledge to describe how the atoms differ within states of matter and how that affected their use. 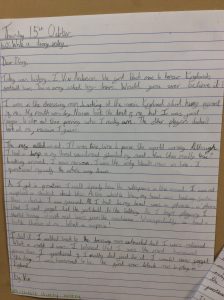 It was then time to create there first Harry Potter potion! They started by investigating what happens when we mix a solid with a liquid. They used vinegar and baking powder for their investigation and before they began they made a hypothesis about what they thought would happen. We had some interesting ideas, with some children thinking we were about to blow up the school! After pouring the vinegar into an empty bottle, the children then added the baking soda and attached the balloon to the bottle quickly. A buzz of excitement went round the classroom as we watched the baking soda and vinegar mix together to cause a chemical reaction. The children learnt that when the liquid and solid was mixed, a gas (carbon dioxide) was released and inflated the balloon. 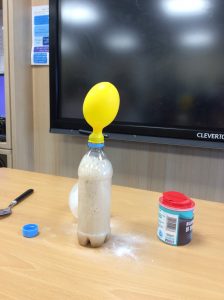 Not finished with their potion making, the children wanted to make more! We moved on to investigate the density of a liquid. They learnt about the terms solute and solvent and discussed how we could make the experiment a fair test.  The children decided they needed to use four beakers filled with the same amount of different coloured water and added a different amount of sugar to each solution. They then had to carefully pour the solutions into one container and observed what happened. And just like Ron Weasley, some of us discovered that it didn’t quite go to plan. Others showed true Hermione grit, and produced a solution which had coloured layers. This showed the children that the denser a liquid, the heavier it’s mass. 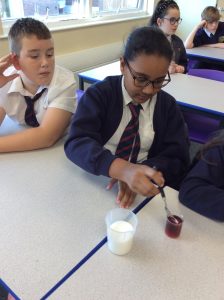 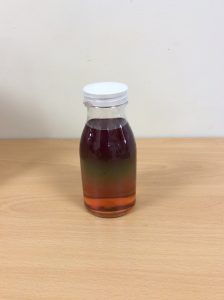 Year 6 really enjoyed their day of potions and still have some potions left to try so watch this space!