In English, Year 5 have been looking at a short animation called The Piano, which depicts an old man revisiting some of the more poignant times in his life as he plays a moving melody on the piano.

First, the children thought about what they knew and what they could infer from the film. 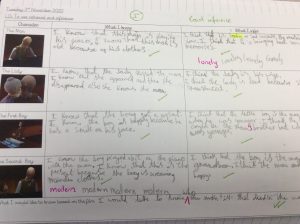 Then they created an emotions graph, exploring emotive language to describe the different scenes from the film. 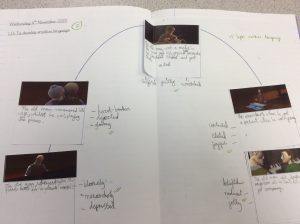 The children then spent three days writing a narrative to tell the old man’s story and they produced some wonderful writing.  Jacob has used personification and similes very effectively in his opening paragraph.  Michelle has used an if, if , if, then sentence to describe the man’s feelings of guilt about his time during the war and Charlie has used show not tell to describe to the reader how the old man was feeling.